“We are thankful to our artists who share their excellence and creative journey with us. Equally, we are humbled by our patrons who place their trust in the art we bring to them”

“Our vision is to give quality art the platform to be seen and the voice to be heard by passionate collectors,”

What We Stand For

Artzotic stands for museum quality art that draws from the past, resonates with the present and will be relevant to the future. Our ongoing focus stems from values centered upon art, artists, a passion for collecting.

We labor to create the best possible context out of an honest understanding of our artists and collectors. Artzotic is the platform where committed collectors, who identify with their passion for art, can make an addition to their collections and entrant collectors can begin theirs. We are happy to offer our advice to them along their journey and become the space where they feel confident and can privately nurture, support, sustain, as they unfold their passion for the arts.

It is also the platform where established and emerging us artists are carefully curated and selected.  Our goal is to accompany and support individual artists over the long term, as their oeuvre evolves, verifying our mission and vision.

“Our history qualified us for the present and this present will carry us forward to the future.”

Born to a time where operating online was the must, Artzotic considered an online platform to be the only safe venue for crowds to gather given the context of the onset of the pandemic, covid-19. Online platforms f     ace many challenges, Artzotic is a new voice whereby collectors can place their trust in the quality of the art they are buying.  Our carefully curated represented artists are key to overcoming      such a challenge.

Artzotic is the brainchild of Hania Zawaneh and Muin Khoury, both veteran art collectors. Driven by their passion for fine art, they have developed their vision for an online platform committed to sourcing quality art for art enthusiasts and serious collectors, be they over the past 40 years, mainly concentrating on art from the Middle East. 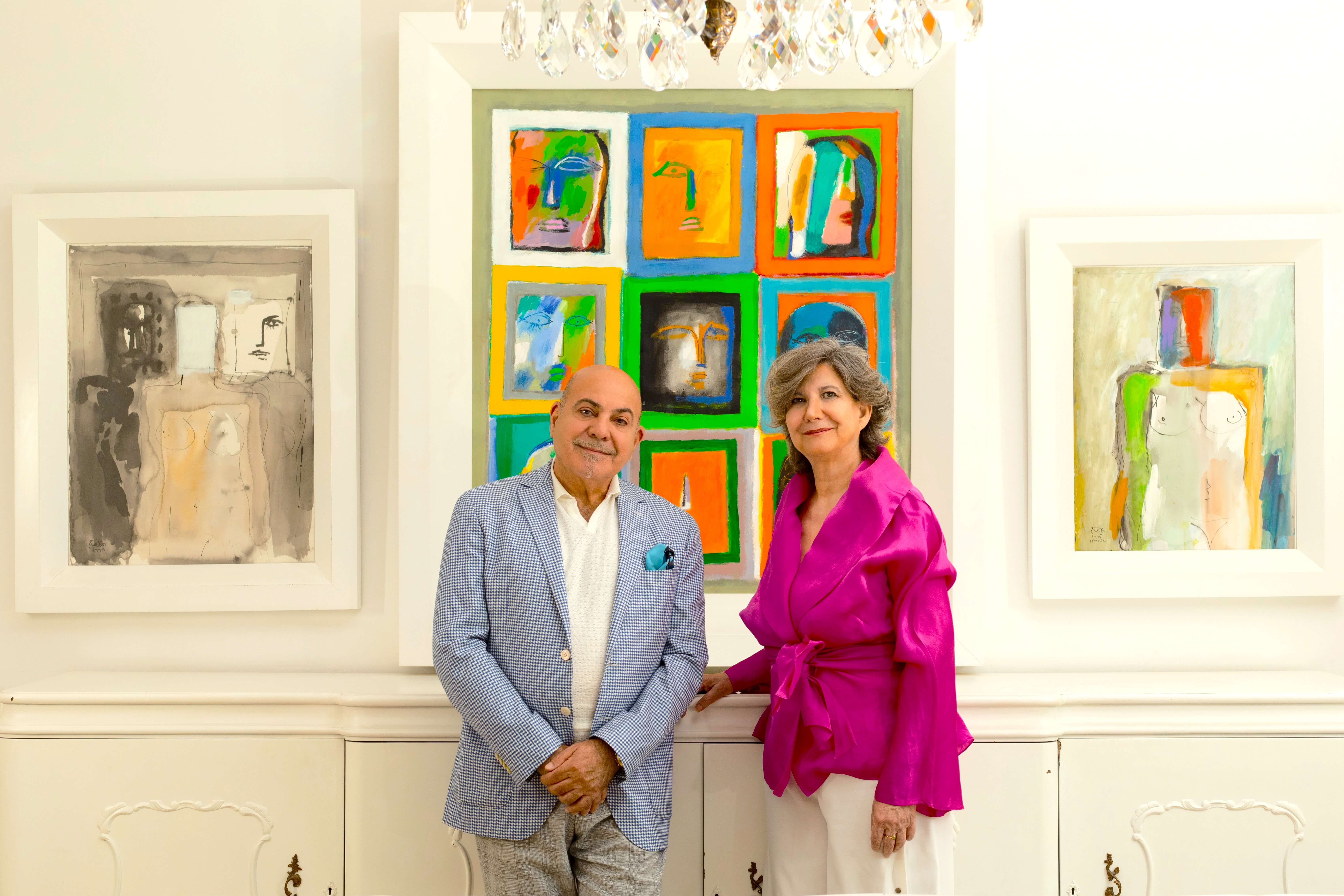 Hania Zawaneh has been building collections of art for nearly four decades, both for institutions and private individuals in the Middle East. Most recently, from 2015 to 2020, she was the artistic director and curator of Karim Gallery where she worked with some of the leading modern and contemporary artists of the Middle East. Over the years, Ms. Zawaneh has developed a particular vision shaped by the close relationships she cultivates with artists, namely Shaker Hassan Al-Saiid, Ismail Fattah El-Turk, Bahram Hajou, Hanaa Malallah, and Hani Zurob to name a few. This vision guides her acquisition strategies and has enabled her not only to curate the work of renowned artists but also to identify and bring to public attention the work of emerging artists in the region.

Muin Khoury, started collecting at the age of 27 years old, he was co-founder and co-director of Ab’aad gallery, one of the first Jordanian art galleries which was curated by the established Iraqi artist Mahmoud al-Obaidi. The gallery opened its doors in 1992 until 1998 and exhibited works of art by renowned pioneer artists , to name a few, Shaker Hassan al-Said, Dia Azzawi, Kamal Boullata and Hanaa Malallah, Mahmoud Obaidi, Salem AlDabbagh, Moh’d Muhriddin, and others. Though Ab’aad gallery has been long closed, it remains to hold a good standing in the minds of serious art collectors.