“The truth expressed in these works of art is unadorned and unvarnished. The expression immediately triggers a feeling. These paintings leave nobody cold.” 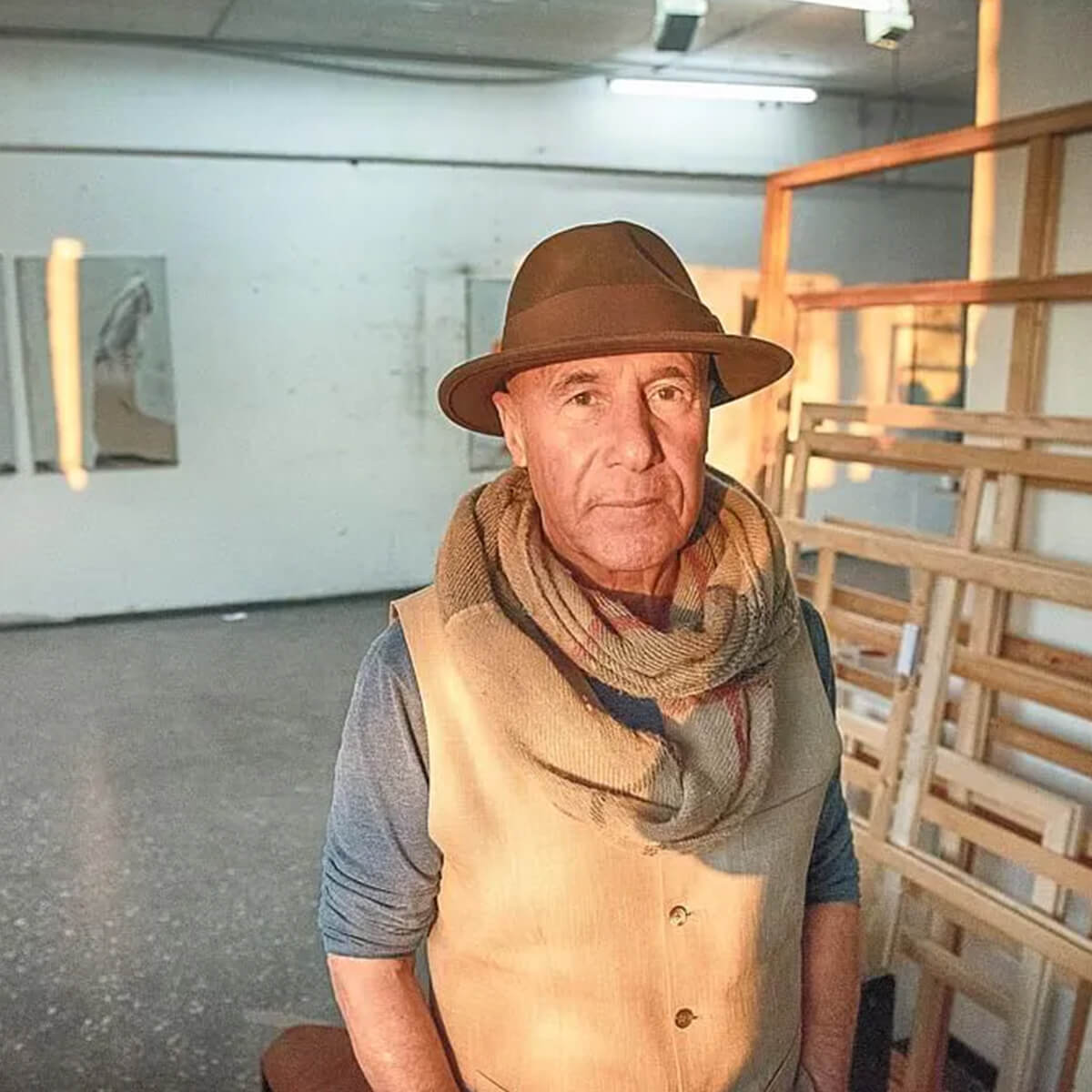 Bahram Hajou is an internationally recognized German- Syrian Kurdish artist living and working in Germany and has a studio in New York- USA.

Hajou is regarded as one of the great figurative painters of our time. His art examines and depicts relationships, those of his own and of others. The psychological dimension of his paintings is the result of relentless self-analysis. Body postures and positions bear witness to the inability to talk to and love one another. You can feel how arduous it is for those depicted to communicate with and understand each other. The truth expressed in his works of art is unadorned and unvarnished. The expression immediately triggers a feeling.

His work is found in several private and public collections internationally including Mathaf of Modern Art Museum in Ar-Rayyan- Qatar, ArtHall Oldenburg in Germany, Deutsche Bank in Germany, Sheikh Rashed Al Khalifa in al-Bahrain, Albert O’hayon in the U.S.A, Manfred Goubitz in Germany. In 2014 he was awarded the Henry Matisse Prize by the Château Musée Grimaldi in France. He became a star in the French media virtually overnight and even the large daily newspaper Le Monde dedicated a full-page report to him.

Born in Deruna, northern Syria, in 1952. Bahram Hajou studied at the Münster department of the renowned Kunstakademie Düsseldorf and after graduating became a master student of Professor Norbert Tadeusz.

Following a brief period of teaching at the Gesamtschule Ückendorf, a comprehensive school in Gelsenkirchen, he has devoted himself to fine arts since the early 1990s.

Bahram Hajou in the 21st Century
published by Hermann Konradt

Helpless and Happiness are so Close
Dr. Jörg Bockow

The Master of Overpainting
Published by Kontur