“My signature-as-number is multi-layered in content and has developed over 30 years of practice. Conceptually, it is rooted in my interests in abstract systems and their equivalents, beginning with early Mesopotamian shapes, Islamic charts”

Co-existent Ruins: Exploring Iraq’s Mesopotamian past through contemporary art out 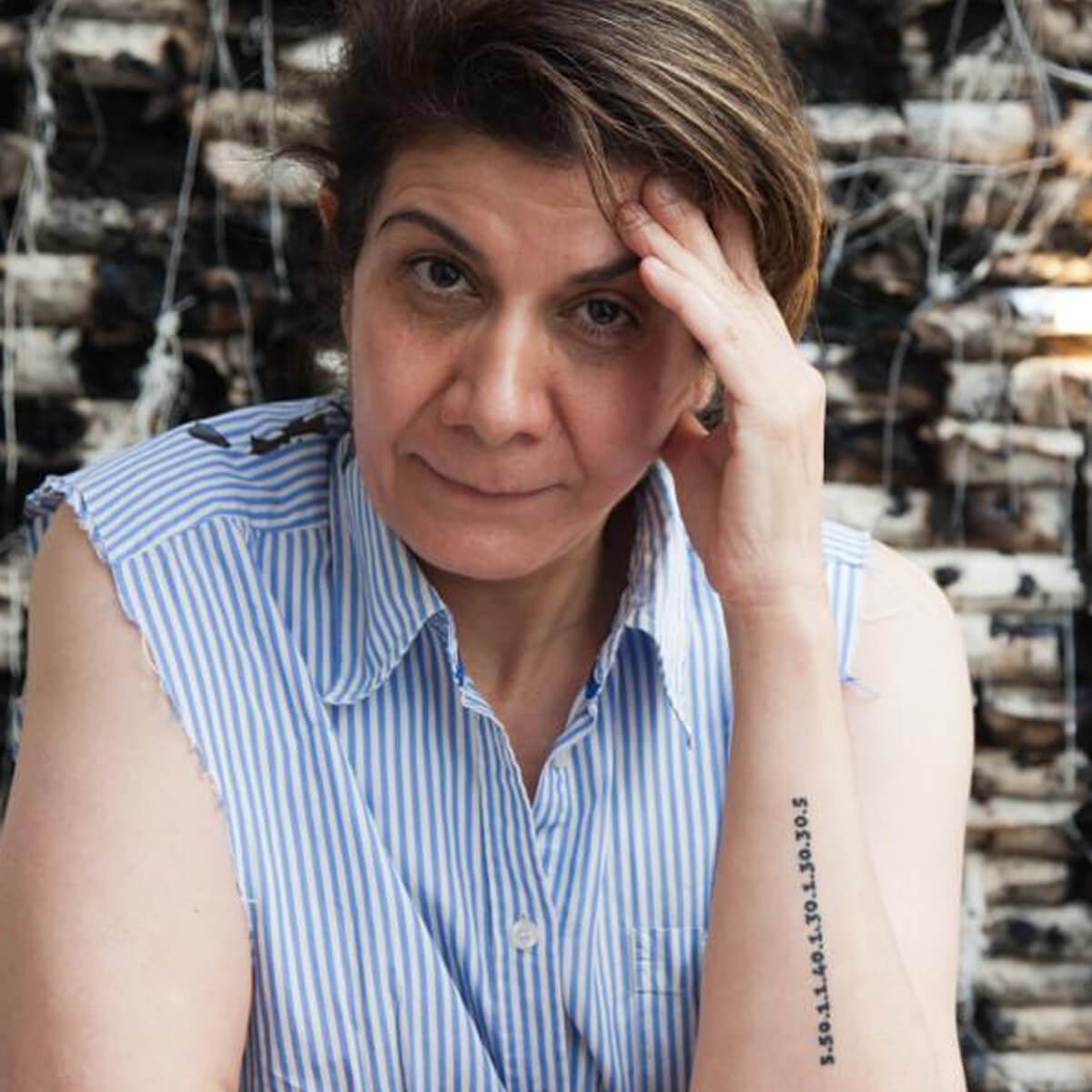 Hanaa Malallah is an internationally acclaimed contemporary British-Iraqi artist living and working in London. She is an artist, researcher and educator.

Since the early 1990s, Malallah has tried to think through destruction as an essential part of the human condition, she mutilates or disfigures materials and found objects according to what she came to conceptualize in 2007 as a ‘ruins technique’. More recently she is exploring the ‘virtual’ aspects of destruction. Her research on the virtual has led more recently to examine the relationship between spiritualism and technology.

In 2020, her artworks were curated in the exhibition “Refuge and Renewal: Migration and British Art” which traced the influence artists who migrated to Britain had on the local art scene since the late 19th century till contemporary times.

Malallah’s work has been acquired by museums such as the Centre for Arts in Baghdad- Iraq, the British Museum in London- England, the Jordan National Gallary in Amman- Jordan, Mathaf Arab Museum of Modern Art in Ar-Rayyan- Qatar and Barjeel art Foundation in Sharjah- UAE.
Born in Iraq in 1958, her early years of study earned her a diploma in print making and she studied painting at the Academy of Fine Arts in Baghdad- Iraq, and later earned an MA and PhD from the University of Baghdad- Iraq. Malallah left Iraq at the end of 2006 for an artist residency at the Institut du Monde Arabe in Paris- France; that was followed by fellowships at the School of Oriental and African Studies and the Chelsea College of Art in London- UK.

Below are some selected exhibitions and art fairs where she participated

This Green Is Not Green, letters between Shakir Hassan al-Said and Hanaa Malallah

Conceptual I Ruination I Abstract I