In this issue of France24's “Thaqafa” program, Liana Saleh hosts the contemporary artist and Iraqi academic Hanaa Malallah to talk about her works that deal with and research the theme of destruction.
Read More

A selected body of Hani Zurob's artworks have been featured as part of the Dalloul Art Foundation's video exhibition "The Nude" - a three part series looking at how Arab artists use nudes as a subject matter to depict sexuality, divinity and conflict. Hani uses his naked body to express complex emotions.
Read More

Co-existent Ruins: Exploring Iraq’s Mesopotamian past through contemporary art out

Samira Badran’s “Memory of the Land” wins awards, was short listed and screened in many film festivals 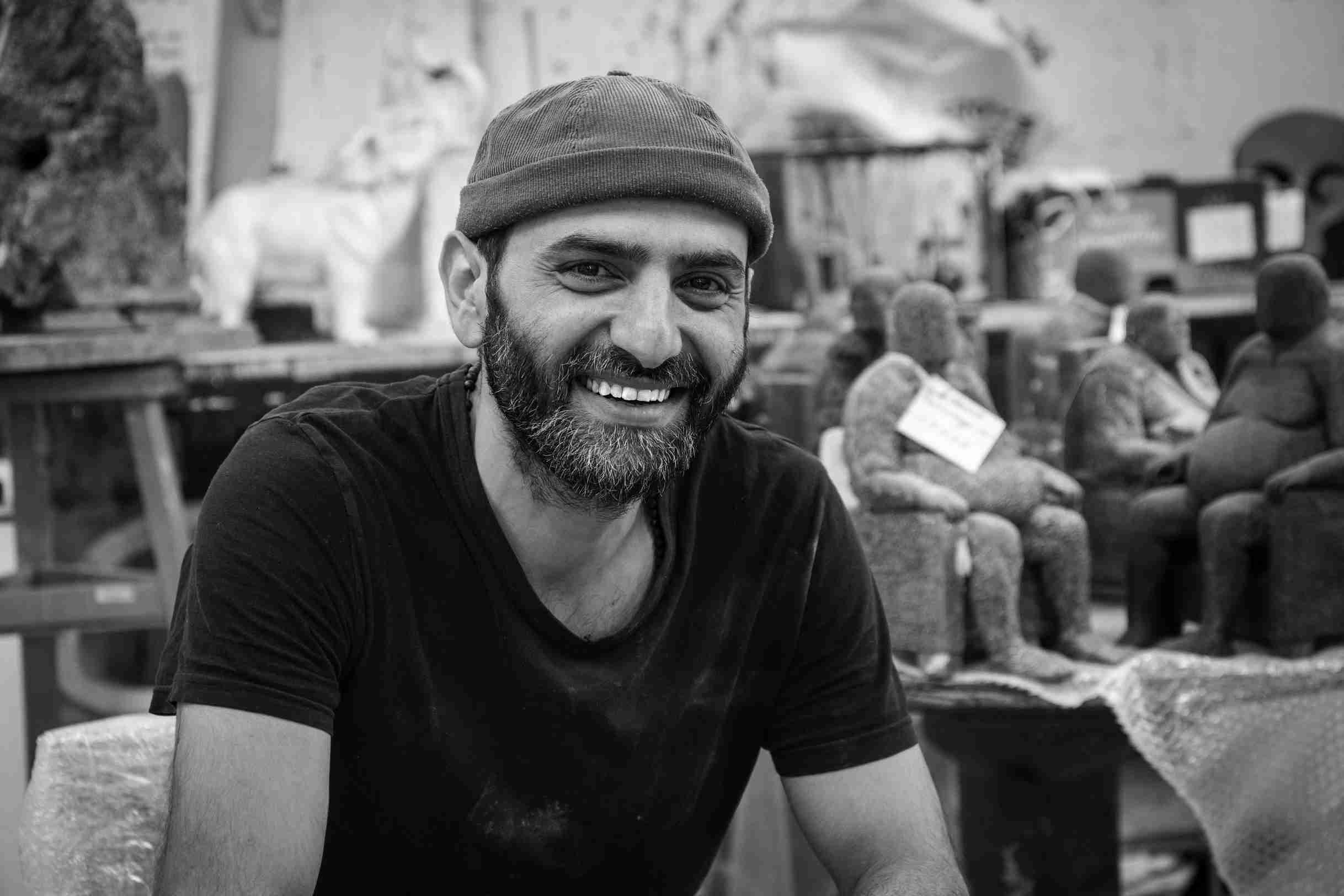 Khaled Dawwa has emerged as a dedicated sculptor, he is a promethean who embeds the truth of his memories and realities as well as his struggles into his works of art. The early days of Khaled Dawwa’s oeuvre had a deep-rooted message: “you cannot do anything alone.” Today, through his mastery of clay and bronze sculptures, Dawwa communicates a much-needed message: “you are not alone.” His sculptures are his tool for communicating with the public.

Dawwa’s series “Compression” is informed by his investigation of pressure and its aftermath. The sculptures depicting compressed bodies and figures recall not only his incarceration in Syria, but are also evoked by the similar feeling while Dawwa was on a metro in Marseille. These works of art reflect the feeling of compression, of societal pressure, of various forms of oppression manifesting themselves in our daily lives. Thus, Dawwa’s art is rooted in his investigation of a feeling.

As Dawwa creates, he first expresses a feeling, then theory and thought is applied. He works in an unorthodox manner to create artworks; using ordinary everyday objects, such as kitchen knives, to sculpt his clay and bronze works. This method of creation stems from a personal place, it recalls his time in Syria with limited resources. Despite relocating to France, still he continues to use his rudimentary tools. Moreover, Dawwa works on his sculptures through every stage, for example, he works on the mold, then after pouring the wax, he continues to work on the wax and then after the bronze is cast, he continues to work thereby producing no two works that are the same.

His works have been acquired by the Institut du Monde Arabe, Foundation Antoine de Galbert, MUCEM (Museum of Civilizations of Europe and the Mediterranean) in Marseille, France, The Claude and France Lemand Foundation, as well as other private collections.

In 2017, Khaled was in artistic residency in Saint-Quentin-la-Poterie, in the Gard, and participated at the European Festival of ceramic arts Terralha held in the same town. In 2018, began working on a monumental installation, “Voici mon cœur- Here is my heart” which was presented at the International city of art in Paris in 2021. Among the reference texts recently published on the work of Khaled Dawwa, La Destructivité en œuvre, Presses de l’Ifpo (2021) by philosophers Nibras Chehayed and Guillaume de Vaulx, devotes a chapter to him and chooses one of his sculptures for the cover.

Born in 1985, in Maysaf, Syria, Dawwa graduated from the Damascus School of Fine Arts in 2007. In 2014, Dawwa moved to Vanves, France where he currently lives and works.