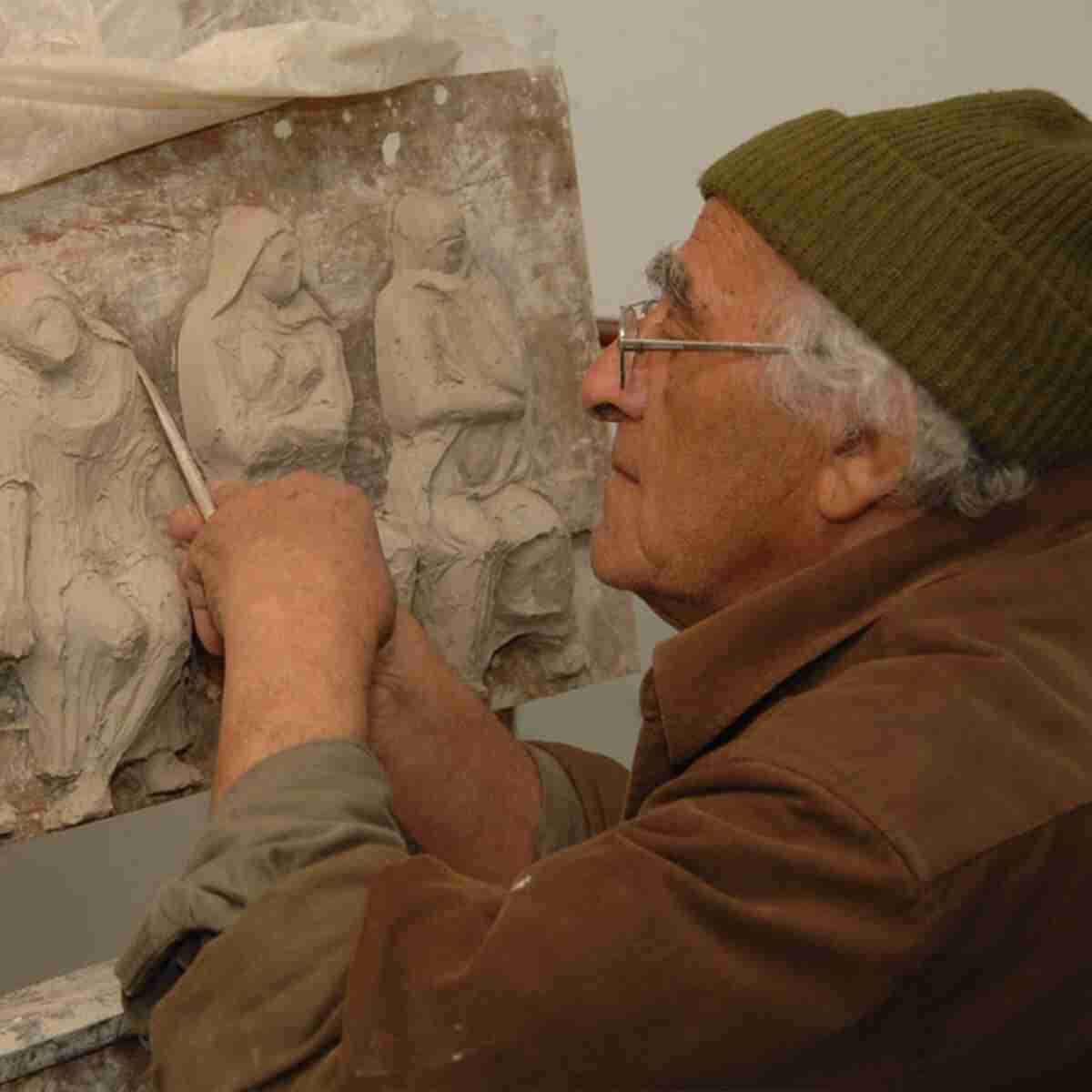 Mohammed Ghani Hikmat was an Iraqi sculptor and artist credited with creating some of Baghdad’s highest-profile sculptures and monuments and was known as the “sheik of sculptors”.

As the sculptor worked within the spirit of tradition, drawing inspiration from Iraq’s multifaceted heritage, his pieces have become emblematic of the nation itself. Indeed, Iraq, specifically Baghdad, held a significant place in Hikmat’s art practice.

In 1953, Mohammed Ghani Hikmat graduated from the Institute of Fine Art in Baghdad- Iraq. He then travelled to Rome- Italy to train at the Accademia di Belle Arti, graduating in 1959. He also studied metals at the Instituto di Zaka in Florence- Italy, specializing in casting bronze. He subsequently taught sculpture at the Baghdad Institute of Fine Art and the College of Architectural Engineering at the University of Baghdad- Iraq.

Hikmat exhibited in Crossing Generations, and he won several prizes, Appreciation Prize, the Arab League In 2002, Lebanese State Prize, Ministry of Culture in Rachana-Lebanon in 1994, Gulbenkian Prize, Best Iraqi Sculpture in Baghdad- Iraq in 1964, and an appreciation Prize, Mayor of Rome in Rome- Italy in 1959.

His second return to Iraq, in 2010, was at the behest of the mayor of Baghdad- Iraq who wished to commission the sculptor to complete a series of monuments for the city. Hikmat began work on four new sculptures but this was to be Hikmat’s last project, yet the sculptor would not live to see it come to fruition. To the sorrow of many, Mohammad Ghani Hikmat passed away September 12th, 2011 after suffering from kidney failure at the age of 82.